Debbie is a renowned astrologer who has been in practice since 1984.

A prolific media astrologer since 1994 when she started writing the horoscope column for SHE magazine, Debbie has also written horoscopes and columns for some of the UK’s biggest publications including the Daily Mail online, Sunday Express, Hello, Instyle, Sunday Mirror and Daily Mirror.

Her media reach also includes BBC2’s Steve Wright Show where she is a frequent guest astrologer.

She continues to see clients who have been coming to her for over 20 years.  Her most famous client was the late Princess Diana and Debbie became one of her inner circle in 1989 and they remained steadfast friends up until her death.

Debbie is a respected author of Birth Signs, Baby Signs and her most recent book, published by Penguin Books – Debbie Frank’s Cosmic Order Guide to Life, Love and Happiness. 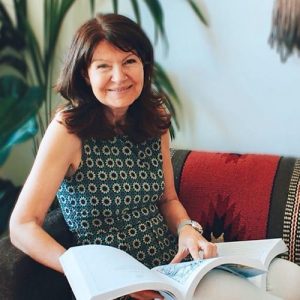